When did beadwork actually appear? It is unlikely, who now recalls exactly. We can only say that this handicraft is newer than simple embroidery. Embroidery began at once, as soon as there was a needle-punched basis and thread, which on it were built ornaments and drawings. But in fact people could attach to still to nonwoven, for lack of weaving, bases shells and drilled pebbles even earlier?

One thing is clear that for beadwork embroidery point of reference was the invention of beads. And the invention of this creative material, for its part, is associated with the birth of glassblowing, the cradle of which, very often, is believed to be Phoenicia. Beaded rich clothing, cult and household items, archaeologists found on the excavation of Egyptian tombs, cities from the ancient Greek and Roman times. Beads were embroidered by African tribes and Native Americans. Over a frame with beaded embroidery leaned bored noble ladies, and commoners in the works, for the sake of daily bread.  All this experience, gathered over the centuries, was adopted by both modern needleworkers and bead makers. By the way, the production of world famous Czech beads is focused on the needs of embroiderers. Beadwork beads are decorated clothing, as everyday and special (scenic, national, ceremonial). Beads are embroidered their accessories (handbags, purses, purse, belts, etc.) and interior décor items (panels, furniture trim, caskets, etc.) in detail on the types, techniques, techniques and subtleties of beadwork say below. And if you are interested in Free Embroidery Patterns, go to embroiderypatterns.space. 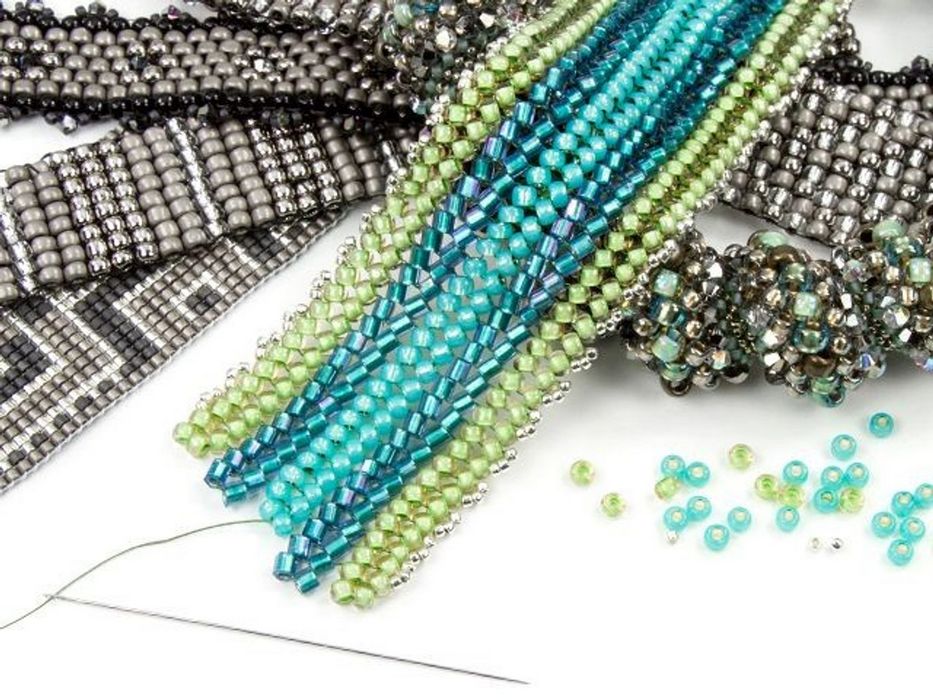 On what to embroider beads, or choice of basis?

Bead embroidery is practiced on products and surfaces that do not feel reinforced operational stress. By such we mean extra tension, constant friction, the risk of heavy dust and dirt, and, as a consequence, washing, cleaning with aggressive chemicals. Anything that can tear the threads holding beads, break the glass from which the beads are made, erase the colorful coating from this glass cannot be combined with beaded embroidery.

The base for beadwork can be any material on which it is possible to sew. All kinds of fabrics, both natural and artificial, hand-pierceable with a thin needle leather and its substitutes, felt, felt, fine kissey, etc. Some bases allow you to put a pattern on which to be sewn, others, like canvases themselves facilitate the execution of the pattern without a preliminary sketch, but the beads everywhere look perfect and chic. Plus, it is peacefully in the neighborhood of other needlework techniques, complementing soutache embroidery and ironing, shading the braid and accenting the bouffes. The basis can be varied, the main thing is that it corresponds to the style and functionality of the finished product. Roughly speaking, the bride’s veil embroidered with beads is not the same as the beaded scabbard. Today Embroidery Patterns is very popular, and people are more and more fond of them.

What kind of beads to choose for embroidery?

In theory, for embroidery suitable beads of different sizes, shapes, colors. As long as there was a hole for stitching. However, the own rules dictate embroiderers already mentioned features of the products: beads suitable for the decoration of elegant evening bags or wall inserted in a frame under the glass panel is absolutely not suitable for embroidery on though and beautiful, but everyday summer top, that after any dress mercilessly sent to the wash. So, the first parameter by which one chooses beads for embroidery is its resistance to wear and tear.

Beads differ in shape and size. Embroideries based on the same pattern, but made in a variety of bead sizes and shapes are different embroideries. The size of the beads can increase or decrease the scale of the image. The shape of the beads can completely change the pattern to such an extent that it is not easy to find. So, for example, round rocaille beads in the section tends to a regular square with rounded corners, and glass beads is a narrow rectangle, or even quite a long strip. On this basis, if the pattern is divided into squares, then attempts to perform it with rectangles stitched in the same amount as marked on the scheme, will lead to deformation of the entire image (longitudinal or transverse, depending on the direction given by the beads when fixing). This does not mean that you can not apply a long glass beads in the scheme that involves a short rubbing, it means that we will have to make adjustments to the scheme: instead of three beads of rubbing, sew one glass bead and therefore such a substitution the number of beads in one row is reduced.

The most suitable for embroidery in most cases considered Czech beads. A matter of fact, the Czech Republic — one of the historic centers not only bead production, but beadwork. Czech beadwork production for centuries evolved, keeping pace with the needs of female embroiderers. Czech beads are perfectly calibrated. Not as accurately as specifically designed for weaving Japanese. But after all, and inaccuracies in the form of embroidery is not as evident as in a dense weave. Therefore, to pay more for perfect caliber accuracy in this case makes little sense. But as for the color palette, so important when embroidering beaded paintings, then Czech manufacturers have no equal on the planet. In the palette of Czech beads represented by about 1,500 color articles! In the same Japanese color range is much poorer. Although Chinese beads sometimes surprise visitors with original shades, but they do not guarantee an exact repeat of the same shade in the next batch. But first-class Czech beads are first-class for that, and for decades repeated in the official color charts of the articles. 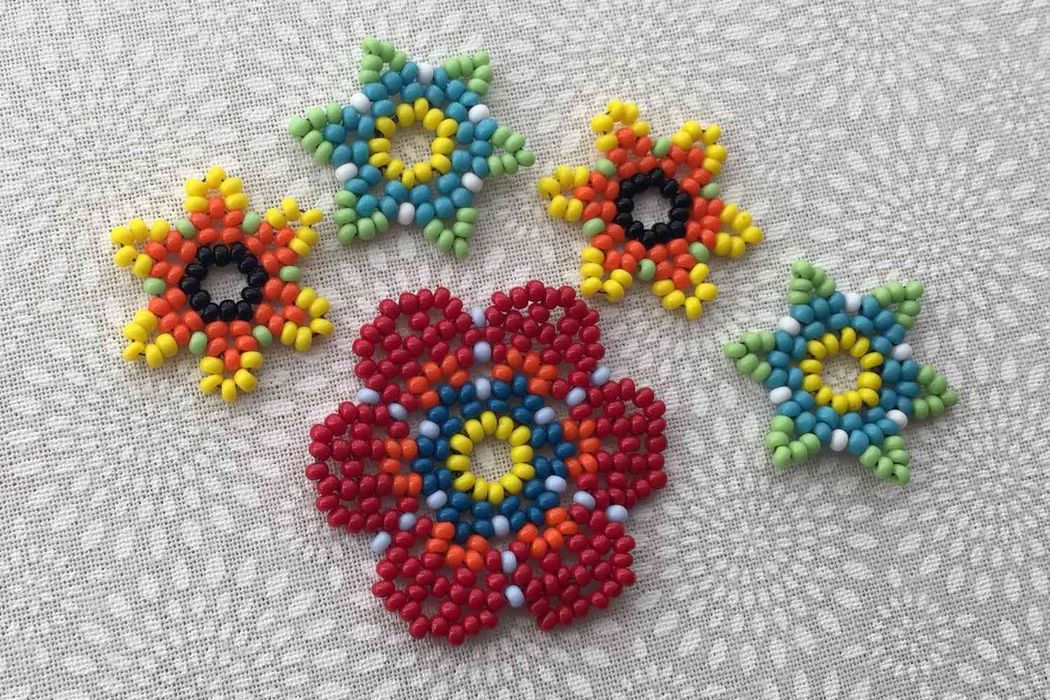 And finally, about varieties and types of beads, which should be paid attention to when choosing a material for embroidery. The most versatile beads for embroiderers is considered rocaille uncoated. First of all, he due to the simplicity of its own harmonious form is easy to fit into the pattern of most schemes. It is only necessary to choose the same size as specified in the recommendation, and the matter will go. Secondly, this transparent and opaque colored glass beads do not lose color under any circumstances, it simply can not lose it, because painted not beads, and the glass mass from which it is made. Third, it actually has the largest color selection. Each of the key colors (white, black, red, yellow, blue, etc.), as well as complex colors (green, orange, brown, etc.) are represented in an abundance of shades, little by little passing from light to dark.

Czechs also have plenty of beads with different coating effects: everyone’s favorite «flame» painted inside the hole. And it also looks great in the embroidery, adding to its additional luxury, thanks to the play of light. But it must be remembered that these effects, for the most part, are not viable. Like every luxury, they do not tolerate the burdens of ordinariness.